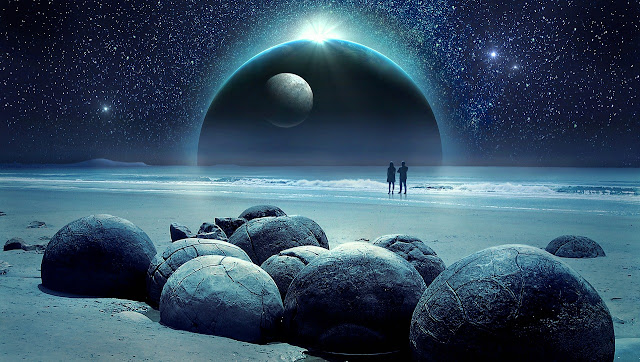 MOST LIKELY THE MOON
In those days when love chilled me
like a winter's dream,
I should have stolen kisses from the moon
Instead of penning blues like harpist or bassist

Then i could have plucked my hoarded booty
like Cherry petals,
Wafting then in a zephyr of diaphanous delight
Rather than sulking in nadir of doubting

When love refuses to bounce a reciprocal
like unbalanced boomerang,
Look to moon her face malleable but firm her core
Given freely naught to drill or steal her sap
MOST LIKELY THE MOON © gillena cox 2018


NOTES
May tonight's Blue Moon find you with a heart full of love
Super Blue Blood Moon 2018 January
The last Blue Moon occurred in July 2015 and in 2018, we'll experience two of them, a phenomena that won't happen for another 19 years. The second Blue Moon is slated to occur in late March.
A Blue Moon does appear blue in colour.