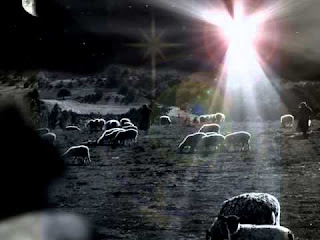 OF TWILIGHT AND FISHERS OF MEN
And, before that renowned midnight,
Of glorious angelic singing voices;
To the silence and shepherds afield;
Came the twilight finale, emerging stars;
Twinkling, day and night sparkling prophesy;
In tongues of scions, and stocks of Jesse;
Sumptuous in rough skins of wild honey,
In disturbed nests of locusts winged;
For nary any such appointment,
Again, ever shall be given for Eden's fall,
For these are, for certain, the last days.
OF TWILIGHT AND FISHERS OF MEN © gillena cox 2016