A Happy Holy Week to all
[a google dot com image] 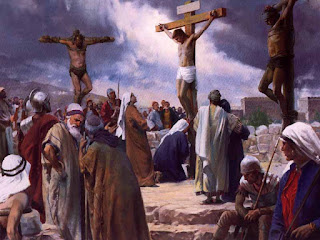 You've heard about the Monday Blues ❧✿❧ well this is Monday WRites (musing on the definition here of rite, as any customary observance or practice eg the rite of afternoon tea).
Welcome to Monday WRites #53, ❧✿❧ Todays write is linked to The Imaginary garden with real toads❧✿❧ Whats your mood like today ❧✿❧ I invite you to link in with one of your WRites

THE CHALLENGE: Take a poem written by someone else. It doesn't have to be a favorite poem, but one that interests you. It can be a poem written in English, or another language, if you prefer (but that's up to you.) Read the poem a few times over, ingest it. Then sit down and write your own poem.
❧✿❧
inspiration for my poem is from John Milton's The Passion
Erewhile of musick, and ethereal mirth,
Wherewith the stage of air and earth did ring,
And joyous news of heavenly Infant's birth,
My Muse with Angels did divide to sing;
But headlong joy is ever on the wing,
In wintry solstice like the shorten'd light,
Soon swallow'd up in dark and long out-living night.

For now to sorrow must I tune my song,
And set my harp to notes of saddest woe,
Which on our dearest Lord did seize ere long...[click the link to read his whole poem]